Only system change can save global education

The 77th session of the United Nations General Assembly – UNGA77 as it is universally known – has faced a great deal of urgent business.

War in Ukraine, global food prices, energy prices, climate change. So it’s instructive that the UN Secretary-General chose to call a special summit around none of these.

Instead, Antonio Guterres’ focussed the attention of the world’s most powerful people on education – a testament to the scale of the global learning crisis.

The Transforming Education Summit spent three days addressing the depth and breadth of problems afflicting learning around the world.

An installation outside the UN – called the “learning crisis classroom” drove home the point that two out of every three 10-year-olds on the planet cannot read even a simple sentence.

Such levels of “learning poverty” also focused attention on foundational learning, the early school years designed – currently more in theory than in practice – to equip students with the basic levels of literacy and numeracy without which they cannot progress further.

A Commitment to Action on Foundational Learning calls on governments and organizations to reduce global learning poverty levels by half by 2030. Many have signed it.

But even if that goal is achieved, it will still leave more than 30% of 10-year-olds worldwide unable to read. Sustainable Development Goal 4 (SDG4) – adopted by every country as recently as 2015 – was supposed to ensure quality education for everyone by then. This new commitment cannot disguise the massive failure in global education.

How has it occurred? The pandemic and long school closures played a role. But UN Secretary-General Antonio Guterres made clear to world leaders that Covid-19 could not be blamed for the scale of the learning disaster.

“The education crisis began long before the pandemic and runs much deeper. Education systems don’t make the grade. They are failing students and societies. We will not end this crisis by simply doing more of the same, faster or better. Now is the time to transform education systems.”

Antonio Guterres pointed to an undeniable but uncomfortable fact. The vast majority of children failing to reach even basic standards in education are already in school. That includes Low and Middle-Income countries and, as Education Cannot Wait showed in its most recent report, children affected by the crisis.

Decades of enrollment drives have ensured that most children attend school. But they have failed to ensure they learn.

The Summit searched for new ideas, but the urgency and need to implement change at speed also focussed on current success stories “policy interventions that work existing initiatives and partnerships” – dedicating a day to “solutions” already evidenced – models to serve as a blueprint.

Governments across the Global South are increasingly understanding the scale of this challenge, and political leaders are investing their capital in doing precisely what the UN Secretary-General is calling for – the complete transformation of entire education systems.

The Government of Rwanda is one. Its RwandaEQUIP program is described as:

Teachers are supported with tablets to deliver bespoke lesson plans optimized for their students. They also provide a feedback loop of data. Without it measuring and driving improvement is impossible.

explains World Bank Education Director Jaime Saavedra. Yet many education systems are doing precisely that. As the Gates Goalkeeper 2022 Report tracking progress towards the SDGs puts it:

“Measures of learning proficiency remain scarce, particularly in low- and middle-income countries, and their reliability is often questionable.”

The Goalkeepers report a year earlier used precisely the same wording. Government-led education transformation programs supported in partnership by NewGlobe, in contrast, are data-rich, and therefore able to gauge and deliver progress.

The EdoBEST program in Nigeria’s Edo State was launched in 2018. Three years on, State Governor Godwin Obaseki was able to say:

“Children in primary schools in Edo State today now learn three times more than they used to learn with the old pedagogue. The World Bank has acknowledged this consequential progress we have made in addressing Foundational Literacy and Numeracy. Edo today is ranked as one of the five nationals and sub-nationals in the world leading the charge in tackling learning poverty.”

This acknowledgment came in the form of a 75 million dollar investment into one of the most impoverished states in Nigeria. EdoBEST’s trailblazing progress has been followed by the launch of transformation programs in Lagos State in 2019 – EKOEXCEL –  and Kwara State in 2022 – KwaraLEARN. Kwara Governor AbdulRahman AbdulRazaq spelled out his ambition.

“This is our flagship education program. It will transform all government primary schools.  KwaraLEARN represents our vision for a stronger Kwara. It is set to deliver dramatic improvements in learning outcomes for public school children across the state.”

Governor AbdulRazaq and all the African leaders investing in education transformation know that the methods underpinning their programs have been independently scrutinized, and shown to deliver.

“Never before has there been so much good evidence about what works to improve schooling at scale”, says Benjamin Piper of the Bill & Melinda Gates Foundation.

A study led by Professor Michael Kremer, the Nobel Prize-winning economist, used a randomized control trial to measure the effects of NewGlobe’s teaching methods in schools in Kenya.

“The effects in this study are among the largest in the international education literature, particularly for a program that was already operating at scale”.

Primary students taught using NewGlobe methods learned as much in two years as their counterparts in other schools learned in three.

With foundational learning the current focus of so much attention, the study also found Grade One students in NewGlobe-supported schools were more than three times as likely to be able to read as their counterparts.

“The magnitude of the gains suggests that policymakers may want to explore whether a similar approach could be used in their systems including in public schools.”

The UN Secretary-General was clear. Now is the time to transform the entire public education system. Trailblazing political leaders across the Global South are showing how it can be done, using proven learning methods. If the world is going to come close to achieving the goals of the Transforming Education Summit, others must follow their example. 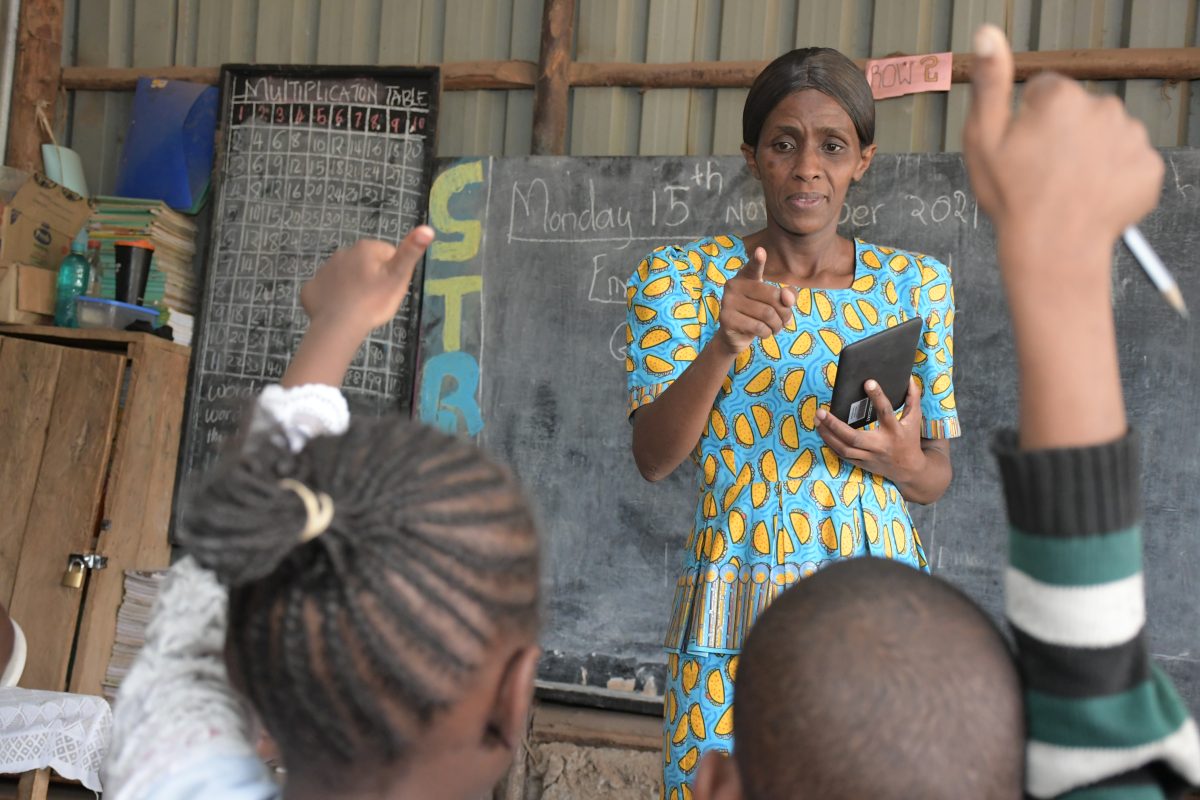 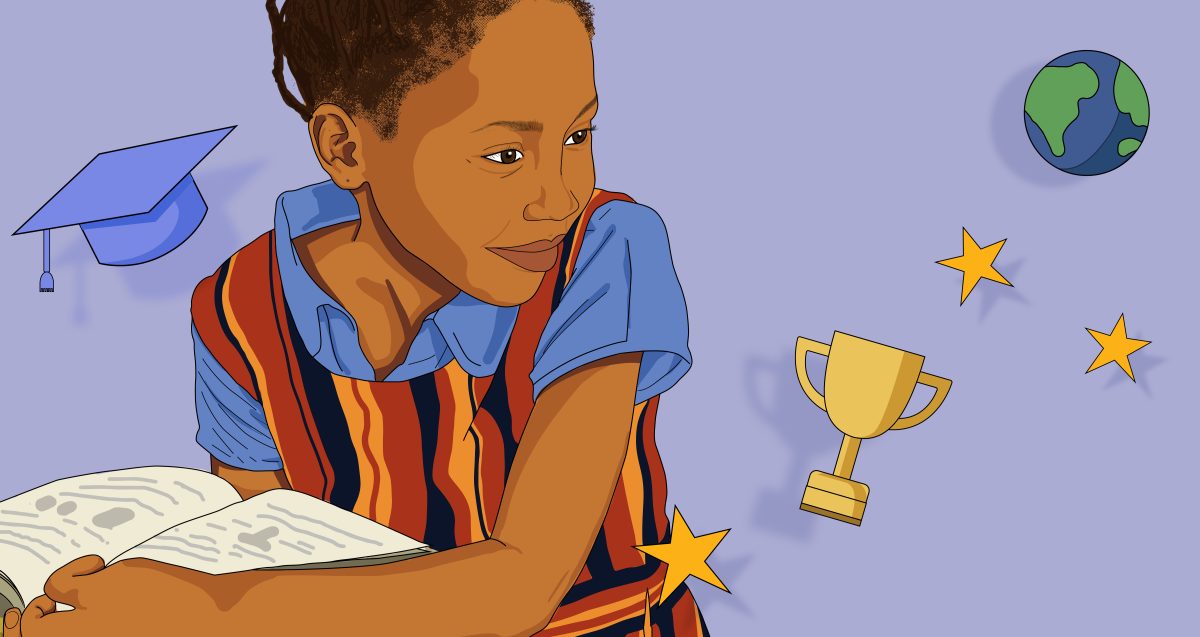