Day of the Girl Child: “Our time is now—our rights, our future.”

"When girls and women have an equal opportunity to learn - and when education supports gender equality for all - communities and societies prosper.”

World leaders at the UN Transforming Education Summit last month received a very clear message on equality. Without it, education cannot be transformed.

“We all use the word transformative a lot – not only at this historic Summit. But in this case, the evidence is undeniable. Gender equality is transformative,” UNICEF Executive Director Catherine Russell told the Summit.

“When girls and women have an equal opportunity to learn – and when education supports gender equality for all – communities and societies prosper.”

There is a long way to go. According to UNESCO, 129 million girls around the world are out of school, including 32 million of primary school age. Just under half of the countries have achieved gender parity in primary education.

“Our time is now—our rights, our future.”

Urgency is essential. The covid pandemic and long school closures increased global levels of learning poverty. Only about 35% of children worldwide can read a simple sentence at the age of 10. In sub-Saharan Africa, that figure is just 10%.

Even when schools reopened, girls were less likely to return to education than boys. As many as 11 million didn’t go back to school.

Yet it is clear – as Catherine Russell affirmed – that educating girls benefits not just them, but their societies and entire nations.

One additional year in school can lead to a 25% increase in wages in later life for girls. The cost of girls failing to complete education is between US$15 trillion and US$30 trillion in lost lifetime productivity and earnings for countries, estimates the World Bank.

Sadly it is already clear that the Strategic Development Goal of providing quality education to all by 2030 – SDG4  – will be missed. The Bank’s latest report predicts SDG1 – the goal of ending extreme poverty – is also unlikely to be achieved, unless there is an urgent refocus on key investments, including education.

“Over the next decade, investing in better health and education will be crucial for developing economies. Governments will need to concentrate their resources on building human capital and maximizing growth,” says Indermit Gill, the World Bank’s Chief Economist.

The consequences of underinvestment in education and the related halt in reductions of global poverty will be particularly tough for women and girls, already more likely to be poor. At least 244 million women and girls in sub-Saharan Africa live in extreme poverty.

But visionary governments in the Global South are increasingly finding a way to invest in transforming their state education systems, at speed and at scale, in partnership with NewGlobe. And doing so is raising the attainment – and life chances – of girls.

In Lagos State, where the EKOEXCEL basic education program is running in more than 1,000 primary schools, students advanced twice as fast in numeracy and three times as fast in literacy as their counterparts in other schools – both girls and boys. But those achievements were built on a foundation of EKOEXCEL girls being 8% more likely to attend school than girls in classrooms outside the program.

In Liberia, a girl is more likely to be married by 18 years old than to know how to read.

NewGlobe’s support for the Liberian government’s LEAP program – as Bridge Liberia we are the biggest partners – includes ensuring girls have the same opportunities to learn and thrive as boys.

Unlike in many public school systems, pregnant girls are allowed and encouraged to stay in Bridge Liberia schools and young first-time mothers are actively encouraged to return to classrooms by school and community leaders.

As a result of the Ministry of Education program in Bridge Liberia-supported schools, 5th-grade girls’ average performance on reading fluency increased by more than 27 words per minute. Once lagging by 10 words per minute, girls now outperform boys.

In Kenya, girls in NewGlobe’s Bridge Kenya community schools, which support underserved communities, have outperformed the national average at the end of primary school KCPE exams for the last seven years. In 2021, girls who attended a Bridge Kenya school for five years or more did so by nearly 40 marks.

The learning methods underpinning all NewGlobe’s programs have been independently studied in Kenya by an academic team led by Professor Michael Kremer, the Nobel Prize-winning economist.

Their results found learning gains “among the largest in the international education literature,” with primary students taught using the NewGlobe methods nearly a year of learning ahead of their counterparts in other schools after just two years.

Crucially, the learning gains were equally large for girls and boys. The findings contrast with established research which shows girls in Sub-Saharan Africa are consistently disadvantaged in learning, with lower literacy rates than boys even when both have the same educational attainment. 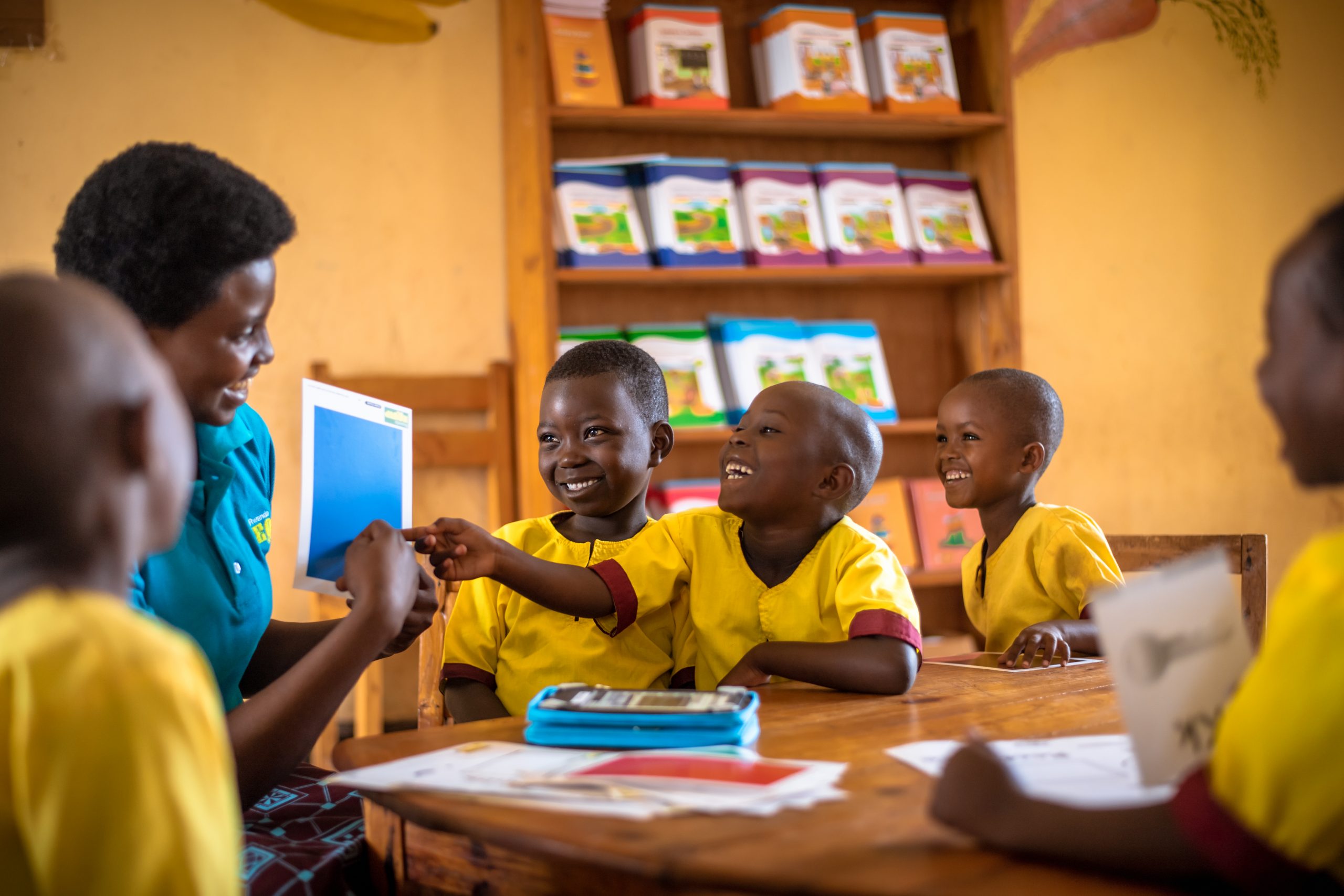 NewGlobe’s support for transformative education programs uses an approach that has gender parity built into its design.

Gender-sensitive instruction means NewGlobe commissions all of its artwork and creative stories in textbooks and workbooks to ensure equal visibility of male and female characters, and specifically represent female characters in powerful, unconventional roles.

Gender-sensitive school management includes ensuring that girls are given school leadership roles through appointments of Head Girls and Prefects.

Teachers train to call on both boys and girls in the classroom. As fewer girls than boys usually volunteer, teachers are trained to practice more cold calling to ensure equal participation.

As signatories to the Women’s Empowerment Principles,  NewGlobe is committed to gender equality in the workplace as well.

Female teachers and school leaders provide role models within the classroom and community. Girls take up at least as many positions of responsibility in schools as boys.

The state and national governments transforming their public education programs with the support of NewGlobe know that success depends on transforming learning outcomes for girls as well as boys. If the global aims of the Transforming Education Summit are to be achieved, more leaders must do the same. Only then will girls have their time, their rights, and their future. 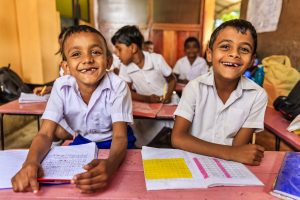 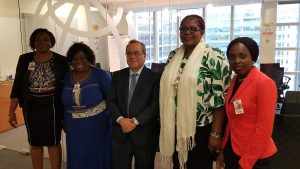