Global learning is in crisis, a crisis further exacerbated by COVID-19 which had a devastating impact on global education. According to The World Bank “learning poverty”, measured by the share of 10-year-olds who cannot read a simple sentence, was already at 57% in low and middle-income countries before the pandemic; it has now risen to 70% due to school closures. Worldwide, only 35% of children can read a simple sentence by the age of 10. In sub-Saharan Africa, the figures are particularly dismal: only 10% can read simple sentences – even though 80% have enrolled in primary school. Enrollment is evidently not the same as learning.

Global and local leaders have been calling for practical solutions that both rebuild education systems and tackle the learning deficit. From the Kenyatta Memorandum coming out of the GPE summit to calls that came during the Transforming Education Summit (TES).

It is now collectively understood that immediate action is needed and that governments worldwide will need to draw the straw on technical support and services if this crisis is going to be effectively – and collectively – managed.

Throughout 2022, there hasn’t only been rhetoric, global conferences, and policy debates, there has also been some action. Several visionary government leaders have launched full-scale transformations of their public education systems, offering a ray of hope in the form of improved learning outcomes at scale using an innovative tech-based methodology.

Layered over all of the progress in 2022 was the acclaim that greeted a ground-breaking study by Nobel Prize-winning economist, Professor Michael Kremer that showed ‘the largest learning ever measured in international education.

RwandaEQUIP is one of the public programs benefiting from the methodology studied by Professor Kremer. In 2022, Rwandan Prime Minister, Edouard Ngirente visited one of the technology-enabled schools operating within the government’s RwandaEQUIP program. The school showcased an approach to teaching and learning that is already benefiting more than 100,000 students within 250 schools.

Political leaders have been increasingly interested in implementing system-wide transformation programs as the broader consequences of poor learning systems are more broadly understood. In Nigeria, governor, AbdulRahman AbdulRazaq has been the latest governor in the country to demonstrate a firm commitment to improving learning. In May, the governor launched KwaraLEARN, a program that is already serving 60,000 students and using a new pedagogical methodology to improve outcomes. The program will shortly be in all public schools across the state.

The future looks increasingly positive for the youth of Kwara; especially when the progress made by other Nigerian visionaries in Nigeria is reviewed. In 2022, Edo’s governor Obaseki saw his public education program – EdoBEST – selected as the only sub-national to join the World Bank accelerator program. A recognition that has enabled EDOBEST 2.0 to roll out, bringing both junior secondary schools and progressive schools into the governor’s education revolution. Four years after EdoBEST first started to roll out into Edo’s public primary schools, it’s reaching 350,000 students every day. Although Edo State and its political leaders have been recognized for some time as education pioneers, both across Nigeria and the continent, 2022 was the year that EdoBEST was embedded in the minds of global policymakers as a model which offers a solution to the learning crisis.

The governor of Lagos State has previously said that Edo was the inspiration for EDEXCEL; another government program that is looking to shape the future of Lagos. In 2022, the success of the program was noticeably visible through the performance of students who sat the competitive federal examinations. EKOEXCEL students were in the top five students across the country, a feat that has cemented the academic improvements being delivered by the government’s flagship program in the minds of its citizens. LASUBEB’s Executive Chairman, Wahab Alawiye-King said the results “‘affirms that our methodology and processes are working”.

The success of Nigeria in many ways is due to the foundational work that was done – and continues to be done – through the Liberian government education program, LEAP. In 2022, the government of Liberia further committed to the role of LEAP as a mechanism for improving outcomes across the country by embedding it in the government’s new five-year sector plan. President Weah emphasized in 2022 how “Liberia needs meaningful partnership on this journey of sustainable development.” NewGlobe now supports 70% of Liberia’s public schools within the LEAP program and is one of the government’s key responses to tackling COVID learning losses.

For over a decade, the NewGlobe methodology has been iterating and supporting programs across Africa; from community schools to multi-partner transformation programs and from statewide programs to national programs. The continual growth has been based on slow and considered adaptation ensuring that every step of the way outcomes have remained the focus. 2022 was the year that has seen the NewGlobe model substantively gain traction outside of Africa in the form of STAR Education. STAR Education is the education transformation program of the Manipur state Government which is fast gaining momentum in schools and communities across the state.

In 2022, political leaders have been increasingly looking to implement solutions for their populations that will improve learning; improve opportunity, and ultimately be recognized within electoral cycles. NewGlobe’s commitment to serving governments in their quest to improve outcomes and deliver meaningful policy agendas is delivering results. At the inaugural transforming education summit (TES), hosted as part of the United Nations General Assembly, policymakers and political leaders were encouraged to become signatories of commitment to action on transformation learning; NewGlobe joined them.

Looking ahead to 2023, momentum is gaining. For NewGlobe the words of Nobel Laureate, Professor Kremer underpins the firm belief that there are solutions to tackle the learning crisis engulfing our youth: “This study shows that attending schools delivering highly standardized education has the potential to produce dramatic learning gains at scale, suggesting that policymakers may wish to explore the incorporation of standardization, including standardized lesson plans and teacher feedback and monitoring, in their systems.” 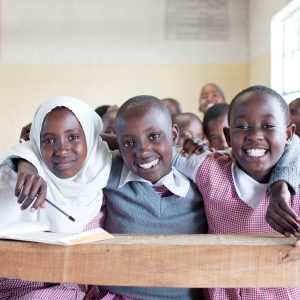